Scarlett’s competed against more than 500 other nominations in the Green Apple Awards, and were presented with their trophy and certificate at a glittering presentation ceremony in the House of Commons on November 11. 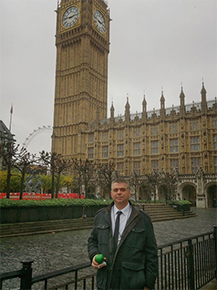 Jason Scarlett At the Houses of Parliament 2013

Their award was given for their sustainable low carbon heating systems involving the integration of solar power, heat pumps and wood fuels. This system is installed at their main showroom, and has successfully been installed for a number of customers across Essex and London as an extension of their work in promoting wood fuel and efficient wood stoves.
As a result of this Green Apple Award success, they have been invited to have their winning paper published in The Green Book, the leading international work of reference on environmental best practice, so that others around the world can follow their example and learn from their achievement.
They could also progress to represent their country in the European Business Awards for the Environment.